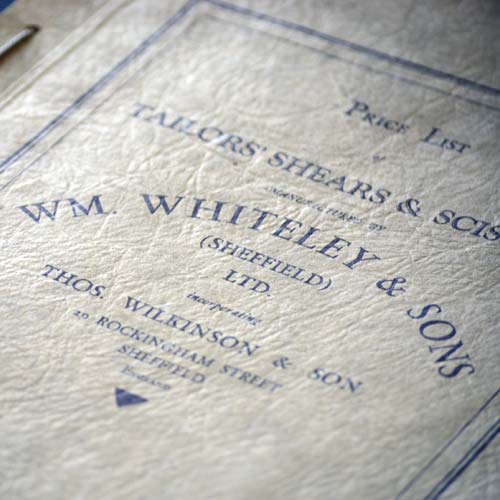 Whiteley’s Gets With it

Whiteley’s had been situated in Garden St for 12 years when I started, knowing nothing, in September 1987. There was a black Bakelite rotary dial telephone, a wet photocopier (what??) and foreign communications were made through a telex office 2 miles away.

Invoices were hand-typed, statements were hand-written, accounts were kept on the Kalamazoo double entry ledger system, and also all hand-written. As time went on, the invention of electronic fax machines saved us a lot of trips to the telex office!

Computers came into view a few years later, and with them the traumatic experience of putting our accounts on Sage… so ghastly that our auditor’s bill actually quadrupled trying to understand it.

However, the scissor making process carried on as it always had, hand-made by craftsmen and not really any new technology to speak of. We fought off the Far East incursion into the scissor markets in the UK by not competing on price, and keeping our stuff at the very top quality it could be.

We also came to specialize in supplying industrial customers with scissors for doing specific jobs which most other scissors couldn’t do – or creating ‘cutting solutions’.

Some of the more unusual requests we’ve had were:

left-handed scissors for a milliner’s hat brims
toenail scissors for cutting shocking ancient old-mens’ toenails (one came to the door to give them a try!)
trimming the grass around the holes on golf-courses
shearing the wool around sheeps’ bums
cutting through the various layers of public transport seating
rubber underwear


Cranked handles and curved blades, designed for trimming round the holes of golfing greens while keeping hands away from the grass

As can happen, there were some inept attempts to emulate our products. Perhaps the most worthy of mention was someone try to copy our Xylan-coated scissors, specially designed to cut through Kevlar which makes bullet-proof vests.

He bought some spray-on “non-stick spray teflon” for home-spraying of frying pans and roasting tins, lined up some normal 10″ scissor he’d made in a large tin tray and sprayed both sides. After selling them below the Whiteley’s price to a large industrial facility making the Aramid, the latter immediately rang us in desperation as they could not cut the Aramid and their production had stopped! We had to fly our scissors there that same day to get them out of trouble.

This is what happens if you buy cheap scissors! 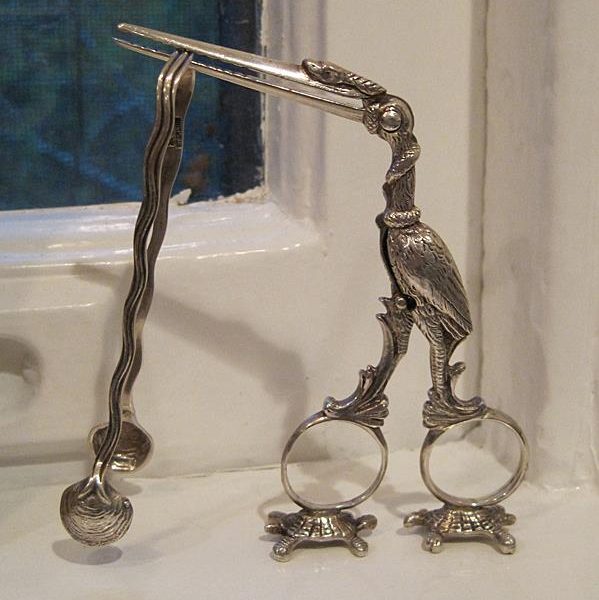