Home  /  Behind The Scenes   /  Sally’s Blog: When Salvage Hunters came to visit 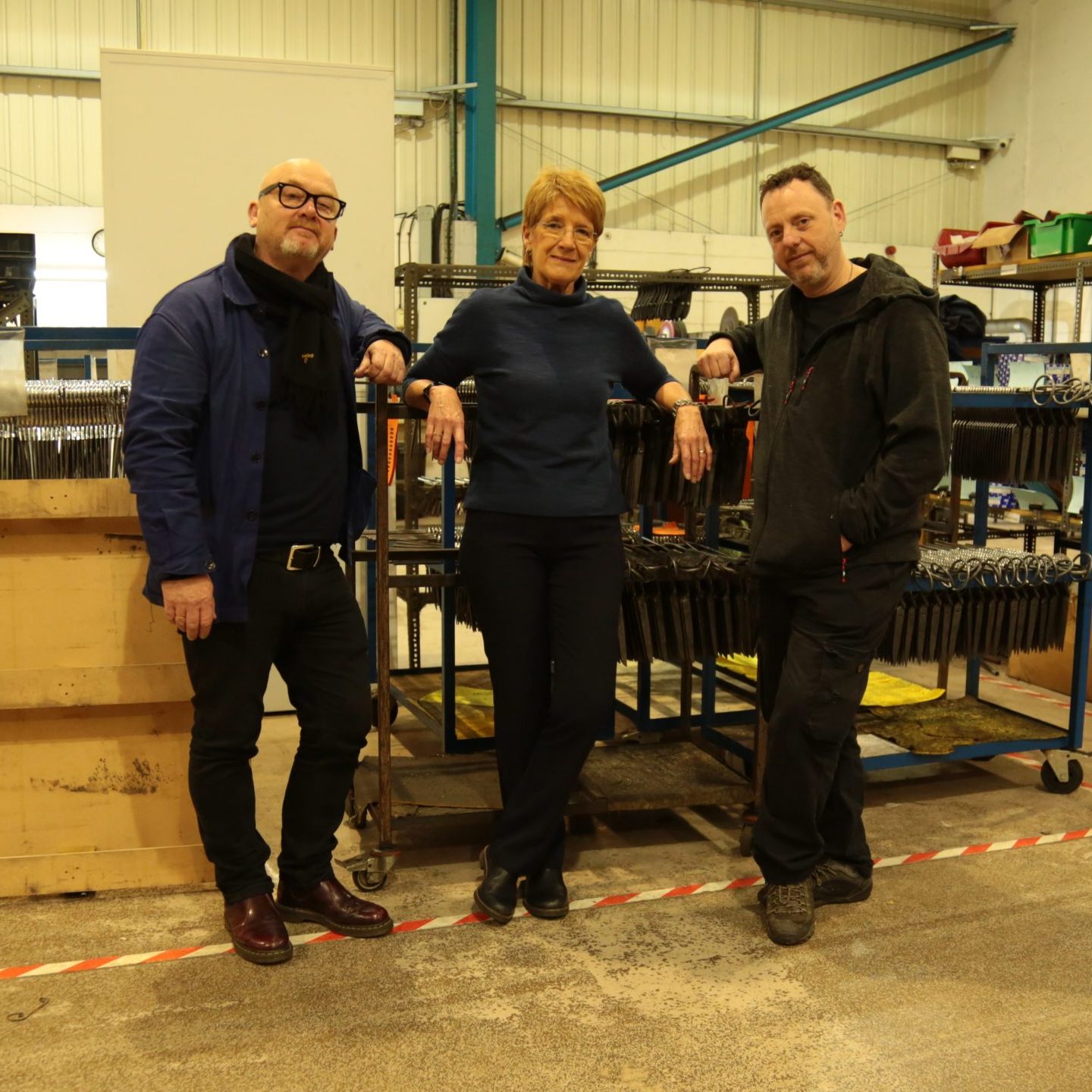 Last year we were very honoured to have the Salvage Hunters Team here filming and bargaining for items we no longer needed. Whiteley’s, being over 260 years old, has quite a lot of stuff we no longer need but have been very reluctant to let go. When we moved to our current factory from our old factory in the centre of Sheffield, we actually had 10 large skips of stuff we no longer needed which had been carefully hoarded “just in case”. If we had had Salvage Hunters to visit then, I think they would have needed a 40 tonne truck and a few days to have a look at everything!

The existence of multiple cellars that was the caused us to accumulate decades of stuff, as there was no need to throw anything out. Anyway, there wasn’t a Salvage Hunters program then, sadly. A fair amount of old stuff that was too nice to leave behind came with us, much to the excitement of the Salvage Hunters who came across it.

Drew bargained with us for a three-legged cutler’s stool, a very odd old trolley, a pair of 1900 tailor’s shears and a shear handles mould. I’m not so great at bargaining, but all seemed to be to everyone’s satisfaction. Drew recognised the particular characteristics of the stool identifying it as from Birmingham, which was a surprise. When I was a child, every scissor maker had their own three-legged stool, just as they had (and still have) their own stiddies (anvils) used in assembling and shaping the scissors.

In the photo on the left, this a photo of our old hardening shop at our previous facility. The trolley can be seen in the bottom left corner. The trolley was made entirely from heavy duty steel; had one small, wide, metal wheel in the middle and four legs on the corners that didn’t quite touch the floor, but it could rest at a slight angle. It ponderously manoeuvred and it was very heavy. It was in constant use up until quite recently when we instated a more easily usable way of moving small amounts heavy stuff around.

The shear handle moulds meant that a number of handles could be moulded at once, rather than one at a time. These are probably left over from when we made 15.5” tailors shears, and the handled were welded on using brass. We still have a few of those handles – keeping them for a rainy day!

The team were really great fun to have around, not much rehearsing was done; I was wired up with a hidden microphone, then there was a quick resume of the purpose of the filming sequence and dialogue and off we went!  Oli, one of the crew, was a very calming and relaxing influence (for me, anyway!) There were one or two re-takes but the team were so patient and helpful that it was not a problem. All the directing was well organised and we are really pleased with the finished program, which has generated a lot of very welcome interest in our funny old company. 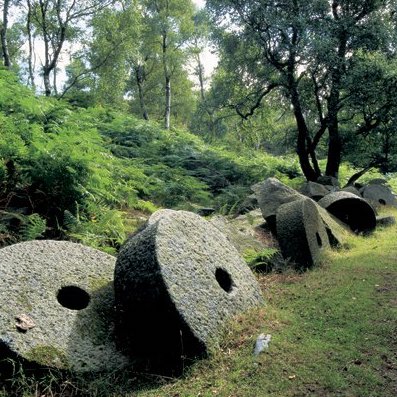 The Birth of Whiteley’s