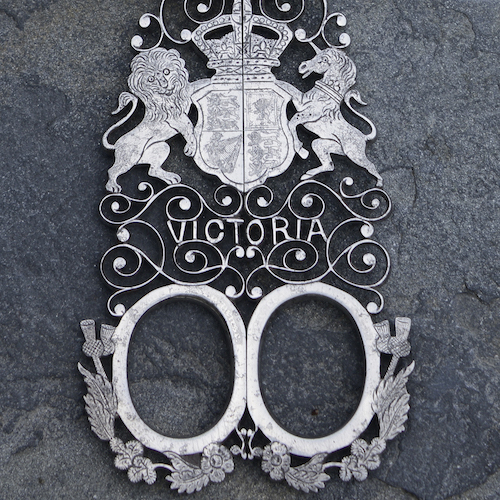 One day back in the early 90’s, at Old Whiteley’s, we received a package from a famous London jewellers. Inside was a pair of scissors belonging to the Queen which needed repairing.

Not the first time we had worked on bespoke scissors for royalty, the pair below are a copy of scissors we made for Queen Victoria many years ago. We received the Royal Warrant for this ‘Makers of Scissors in Ordinary to HM Queen Victoria and HRH Prince Albert’. Read more about that here. 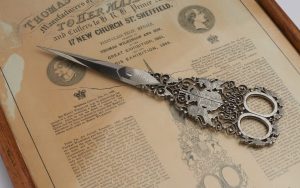 The Jewellers had had a go at fixing them but to no avail. These were sewing scissors, long shanks and short sharp blades. The shanks were flat and sandwiched between thick layers of gold, which went up round the handles, too. Inside one of the golden sandwiched shanks, the actual metal shank had snapped.

This scissor pattern was not unusual and we had seen forgings (blanks) for the pattern available in Sheffield, so we called our forger. We explained that we would be very grateful if he could have a scratch around and find a replacement side for some scissors. We didn’t tell him any detail about whose scissors they were. but then had to listen to a long tirade about “wasting my time on something as fiddling and minor as this” and why wasn’t I ordering 5000 pairs of forgings, building up sales so he could sell more stuff etc etc. 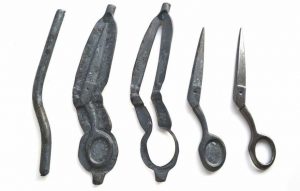 the process of drop forging a scissor ‘blank’

We then explained to him whose scissors they were and there was in instant change in attitude: “Oh good heavens, I am the High Sherriff of Derbyshire and a servant of the Queen; I’ll start looking straight away.” The side required to fix the Royal scissors arrived within the half-hour so we set to work. The guys on the shop floor were all wanting to hold the actual Queen’s Scissors!

Very sadly we couldn’t fix the scissors as we couldn’t remove the gold plates from the damaged side without destroying the gold, so we returned them to the jewellers with a modified side for them to fix, and after that we never heard any more about it!

Not so long after, we had another Royal request…

In 2003, Sheffield completed the building of its Winter Gardens which were the largest of its kind to be opened in the UK in the last 100 years. Sheffield City council invited HM Queen Elizabeth to open the gardens and wanted to give her a special gift from Sheffield which was made in Sheffield.
The council came to us to see if there was anything suitable that we could do and luckily there was.

We were making a green gift box with gold lettering containing two pairs of gold plated scissors, embroidery and household, matching patterns, lined with green satin and they thought this was just the thing. The gold embroideries from this set are actually available on our website here. 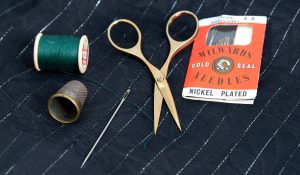 After the Queen had opened the Gardens, the council presented her with these scissors. She was so pleased with them that she didn’t hand the gift straight over to her ladies in waiting, but put them in her own handbag as she wanted to keep them. We were very pleased about this and we were interviewed on local radio about it, as Sheffield doesn’t always get as much Royal attention. 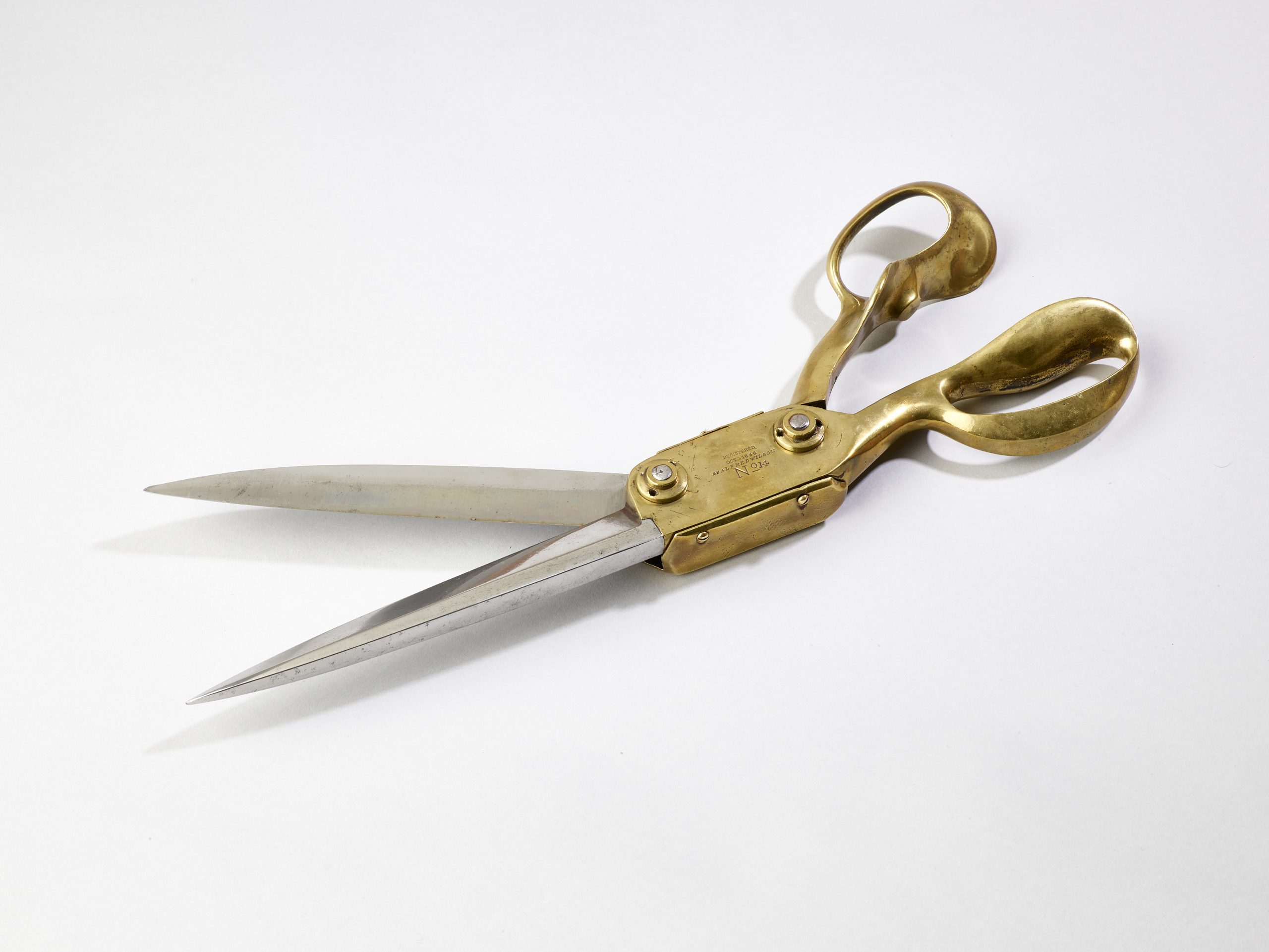 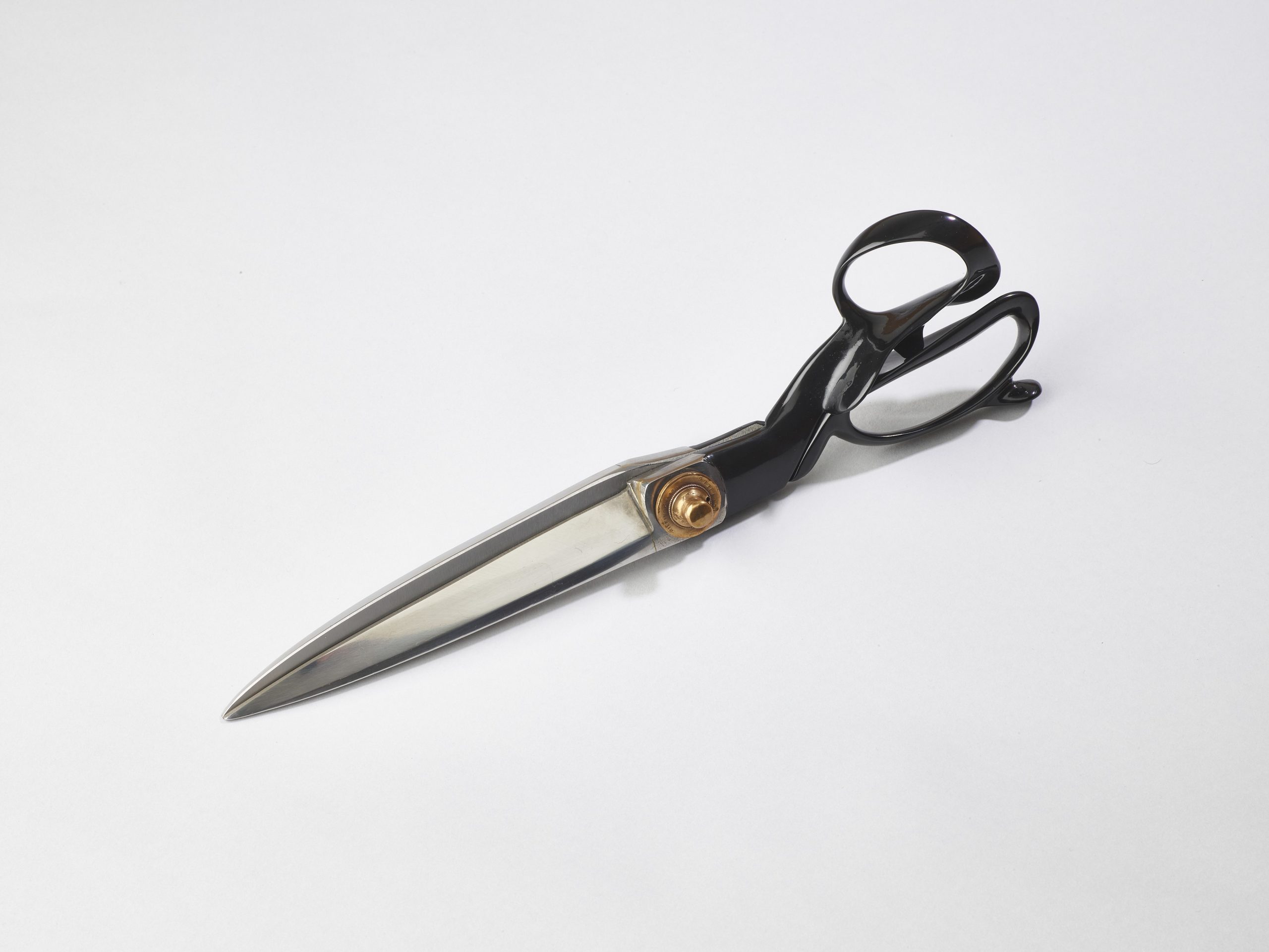 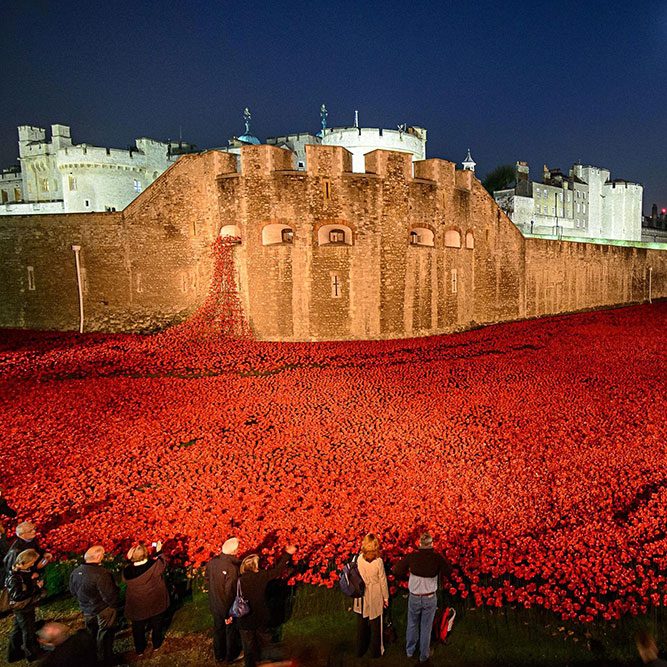